A Look at Small Business: Their History and Importance in the Nation 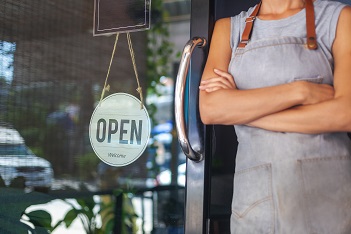 The well-known adage of how Americans pull themselves up by their bootstraps is central to the American ethos. This is because America is known as the land of opportunity, a place where someone with a good idea can make it happen and spark a successful business. Most of today’s world-dominating companies began in a garage or college campus somewhere in the U.S, started small and slowly made their way to the big leagues. The story is true for companies like Google, YouTube, and Facebook. Yet, the same is true for small businesses everywhere. From a self-employed photographer to the mom and pop shop, to the family restaurant or neighborhood pub, the great cities and towns of this nation are populated by people looking to make their own way.

Since the time of the colonial settlers, small business and commerce thrived. During the early history of the country, many of the settlers were farmers and produced their own goods. Family farms would produce their own food, soap, butter, clothing, and other goods. As the country’s dynamic changed and more and more people began moving away from city centers and into the suburbs and the industrial revolution kicked off, there was a lot more need for various goods and services.

Today, the country is made up of a wide array of enterprises that range from a one-person sole proprietorship to some of the world’s largest corporations. In 1995, there were approximately 16.4 million non-farm, sole proprietorships, 1. 6 million partnerships, and 4.5 million corporations. As of 2010, according to Inc.com, there were 27. 9 million small businesses registered in the United States, compared to just 18,500 companies of 500 employees or more. These small businesses create jobs and innovation. Almost half of the nation’s private-sector workforce is employed by small businesses.

In 2019, there were 30.7 million small businesses in the country with  59.9 million employees according to the Small Business Administration.

When we think of innovation and new technologies, we might imagine that most of the big strides in this is done by large tech companies and corporations. While there is certainly a lot of that, small business contributes significantly to the world of tech and new innovation. A study by the Small Business Administration shows that small businesses were responsible for 16 times more patents per employee compared to bigger firms.

Of course, all small businesses start out small and some go on to become big. One of today’s leading smartphone and computer producers, Apple, was started in a garage. The biggest social media platform began in a college dorm room. The car-sharing app began as a small idea as well.

As the economy comes to a halt because of the virus response, many small businesses are worried about the future of their companies and the many hard nights of work they put in to get their business going. The good news is that the economy is likely to bounce back up when the country goes back to work. Of course, this will not account for the losses in revenue and business that many faced.

Lawmakers passed a bill that would give small businesses access to $350 billion in forgivable loans if they meet the requirements. The bill also includes provisions such as a 50% refundable payroll tax credit on worker wages to incentivize and promote the retainment of workers.

So while the situation is not perfect or fruitful for anyone, the government understands the value of small businesses to the economy and to the stability of the country.

The Importance of Accurate Accounting and Bookkeeping for a Business

For everyone of this small business, accounting and bookkeeping is a key part of staying organized and viable. Accounting helps the owners, managers, and even stakeholders track the financial performance of that business. Here at Clifford, Ross, Raudenbush & Cooper, we know the responsibility of the small business owner and how keeping it afloat is difficult in and of itself. It’s why we promise to take care of small business owners and their needs the right way. We are here for you. Give us a call today.

Individual and business accounting can be quite unpredictable. Whether you require straightforward tax services or you need emergency assistance, Clifford, Ross, Raudenbush & Cooper, LLC, can help all the same. If you’re in El Paso or Las Cruces, then our CPAs are ready to become your tax team. Give us a call to learn more about how what we can do for you!